Al Nahman has been a student of art and a practicing artist his entire life. It all began when his brother, Samuel, influenced him to create art develop his appreciation of all mediums. Samuel also taught him techniques in constructor and aesthetics. Al’s introduction to his lifelong love of art began with a school project, creating colored glass drawings on slides as visual aides, in his early school, PS 182, located in Brooklyn, NY in 1943. After graduating from Thomas Jefferson High School in 1954 he joined the Army and was stationed in El Paso, TX in 1955 to El Paso was where southwestern art became a great influence on his aesthetic sensibilities. In the late 1950’s Al studied at the “Art Students League” in Manhattan. While in Manhattan, he was able to study the fundamentals of art with the art worlds greats o the period.

By 1965 he was studying at the Pratt University in Brooklyn, NY. There he learned the basics of drawing and figure studies. During this period Al was employed by the New York City Parks Department to maintain and restore all of the sculptures in the city including in Manhattan Central Park and Grant’s Tomb.

The 1970’s found Al learning yet another skill. He studied welding at the Long Island Technical School. This experience opened his mind to be able to create limitless types of art. One of his major influences was working for the Donald Delue, the noted American sculptor. Delue is best known for his 1964 World’s Fair 43 ft tall sculpture “The Rocket Throwers” and the heroic World War II War Memorial in Normandy, France.

Al’s lifetime relationship with the arts is still influencing him in his daily life. He and his lovely wife, Estelle, have been retired in Albuquerque, NM since 1996. He has since mastered the mediums of silver, gold, gemology. He has developed a vast knowledge of minerals as he cuts and polishes natural stones. He also creates elegant sculpture pieces that are unique and amazing works of art. He has been deeply influenced by the works of Alexander Calder which is evident in his gravity defying “flights of fancy”. These days, what occupies most of his time, is his whimsical life like sculptures of the human body which are created in steel and aluminum I beams. They each seem to process their own personality and look as if they might come to life before your eyes. They are perfect for today’s art scene and find a natural setting in contemporary architectural sites. Whether set outside in open space, inside singularly or in humorous groupings they invite discussion and even temp the viewer to climb onto the available lap.

Al Nahman has a main objective to create art for the enjoyment of the community which will be talked about for generations to come. He wishes to install his art across the country for all to enjoy. 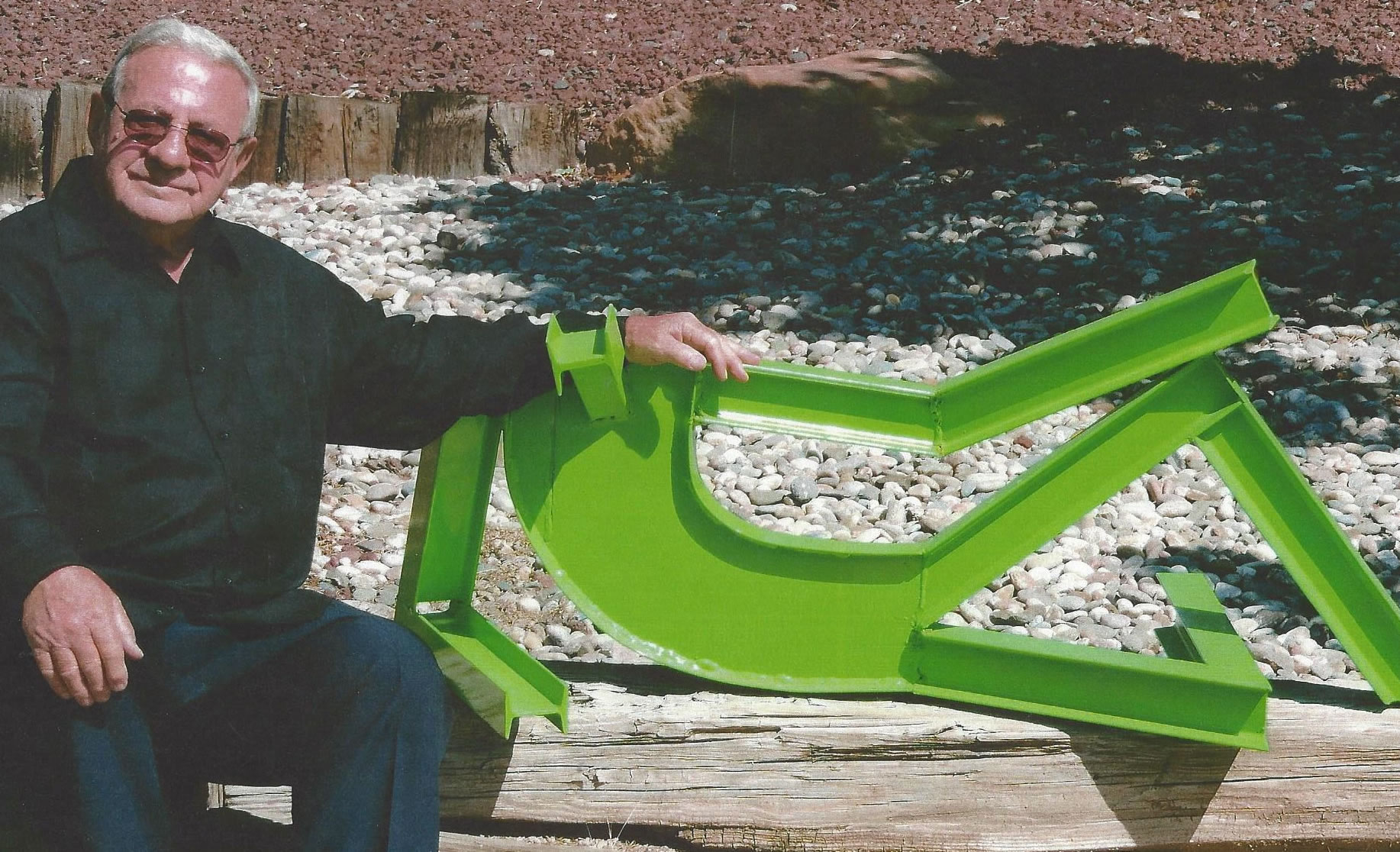 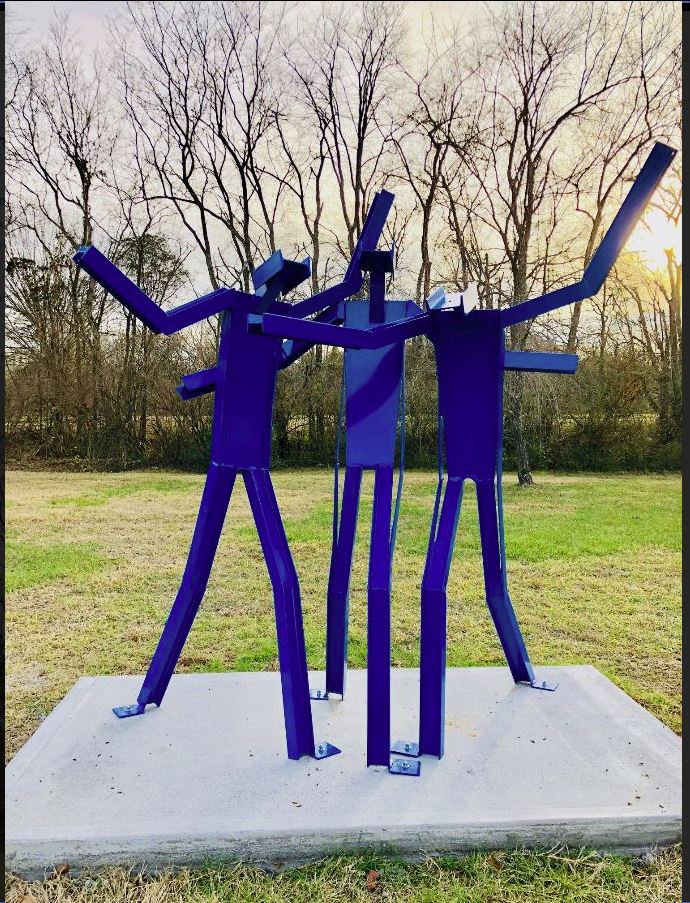 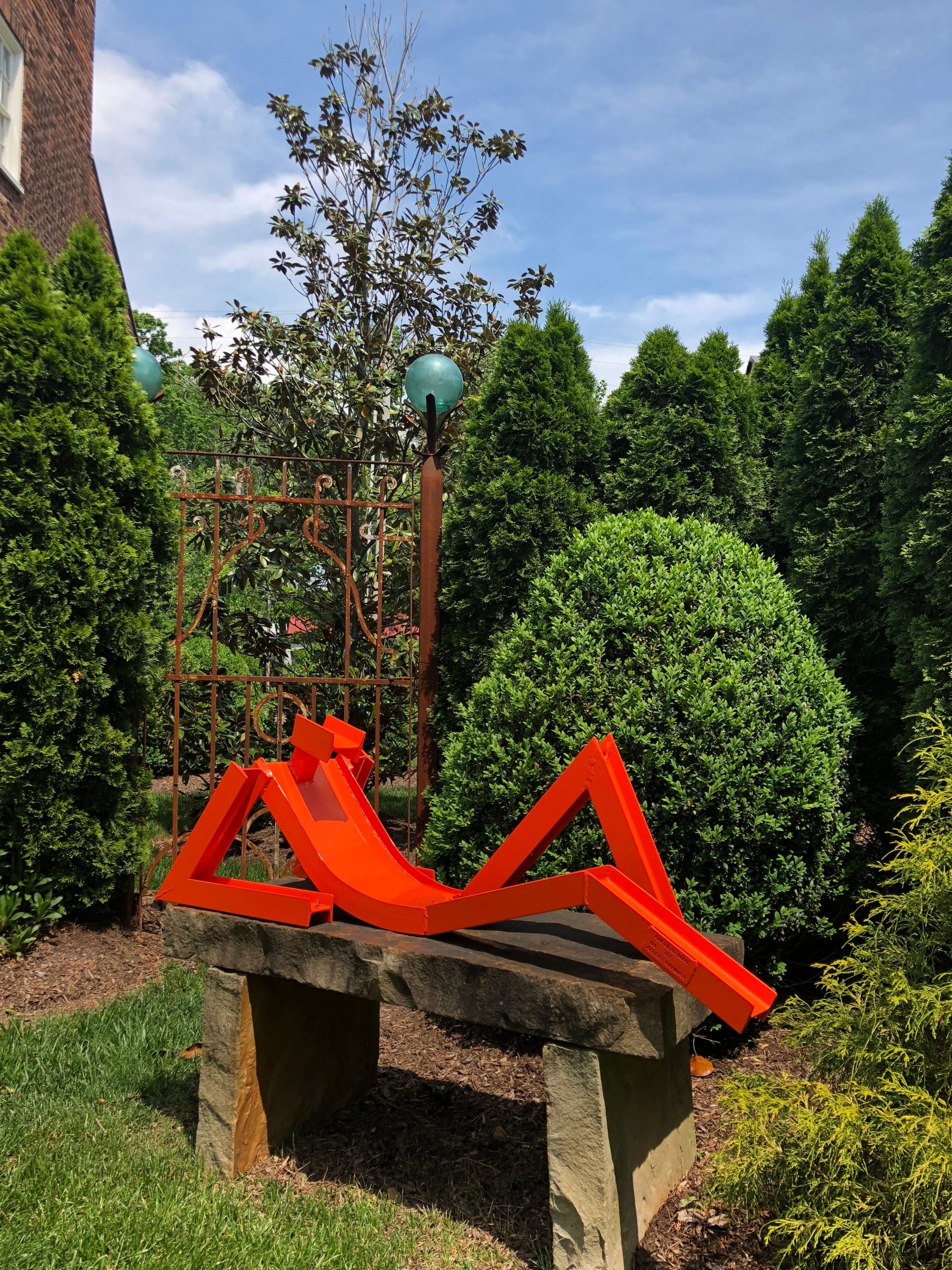