Originally from Lubbock Texas, I moved to the Austin area as an adult, where I began creating soft sculpture type work. I then set up my studio in Taos, New Mexico where I continued to study and perfect my work with soft sculpture. During this time I began creating Santa’s and making them from papier-mâché and continue to live in Taos for 25 years, experimenting with figurative three dimensional sculptural pieces such as cowboys and other figures, but enjoyed making female figures the most.

Moving to Tennessee in 2001 I began to show and sell my work at local art festivals and shows which has steadily grown to now being represented in a local gallery (Gallery 202), Franklin, Tennessee.

My work mostly involves papier-mâché, found objects such as wood spindles from old chairs or tables, also wire and wooden dishes, along with other interesting objects that can be incorporated into the three dimensional sculptures.

My home and studio are currently in Primm Springs, Tennessee. 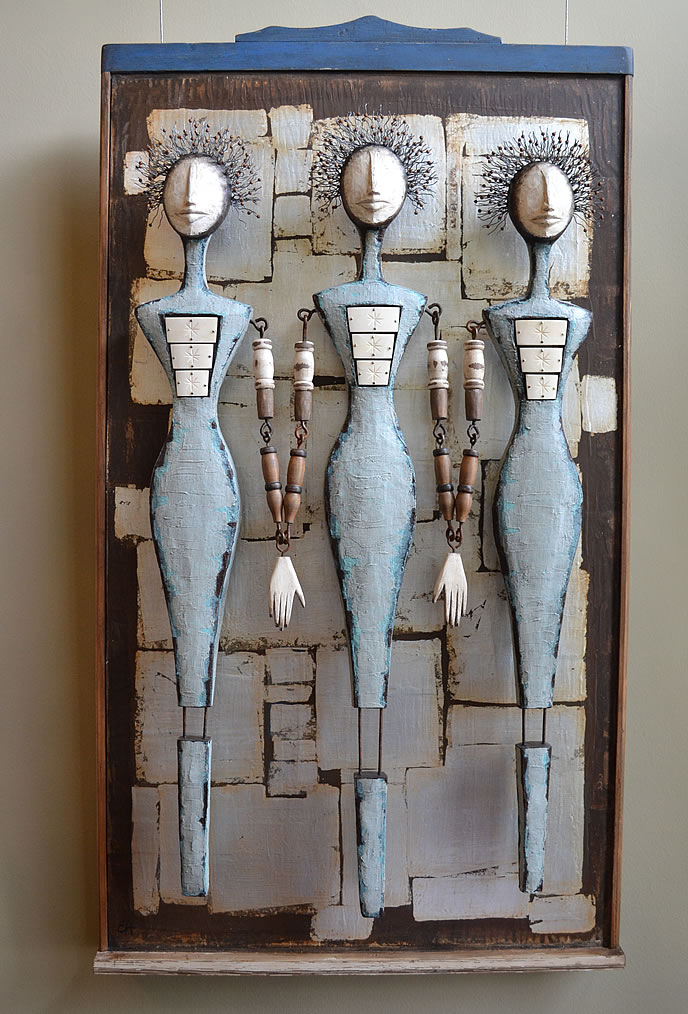 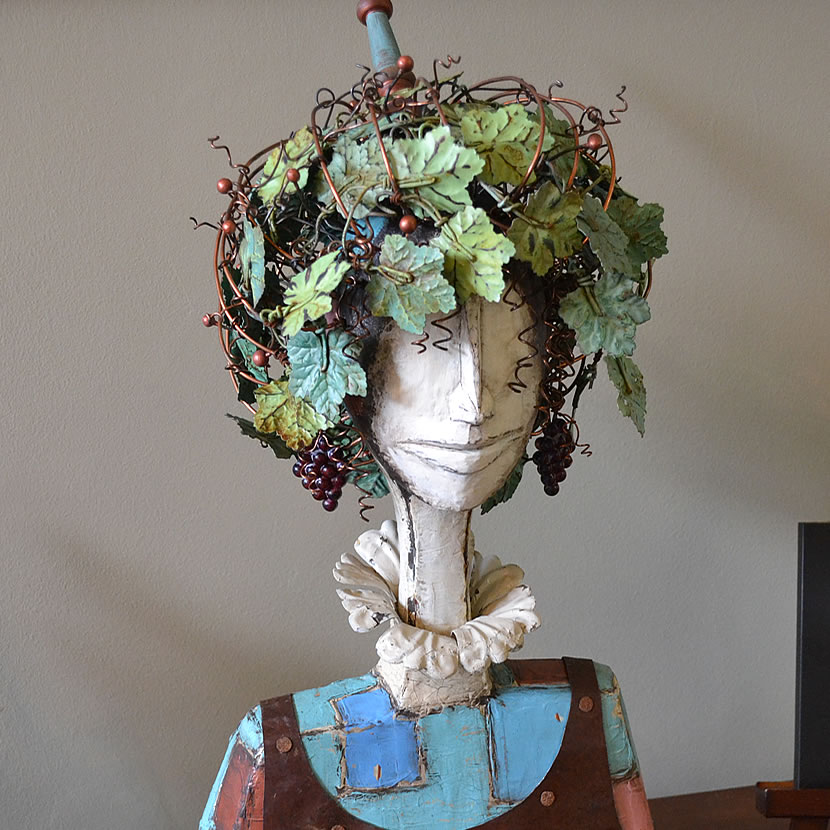 All artists
Go to Top